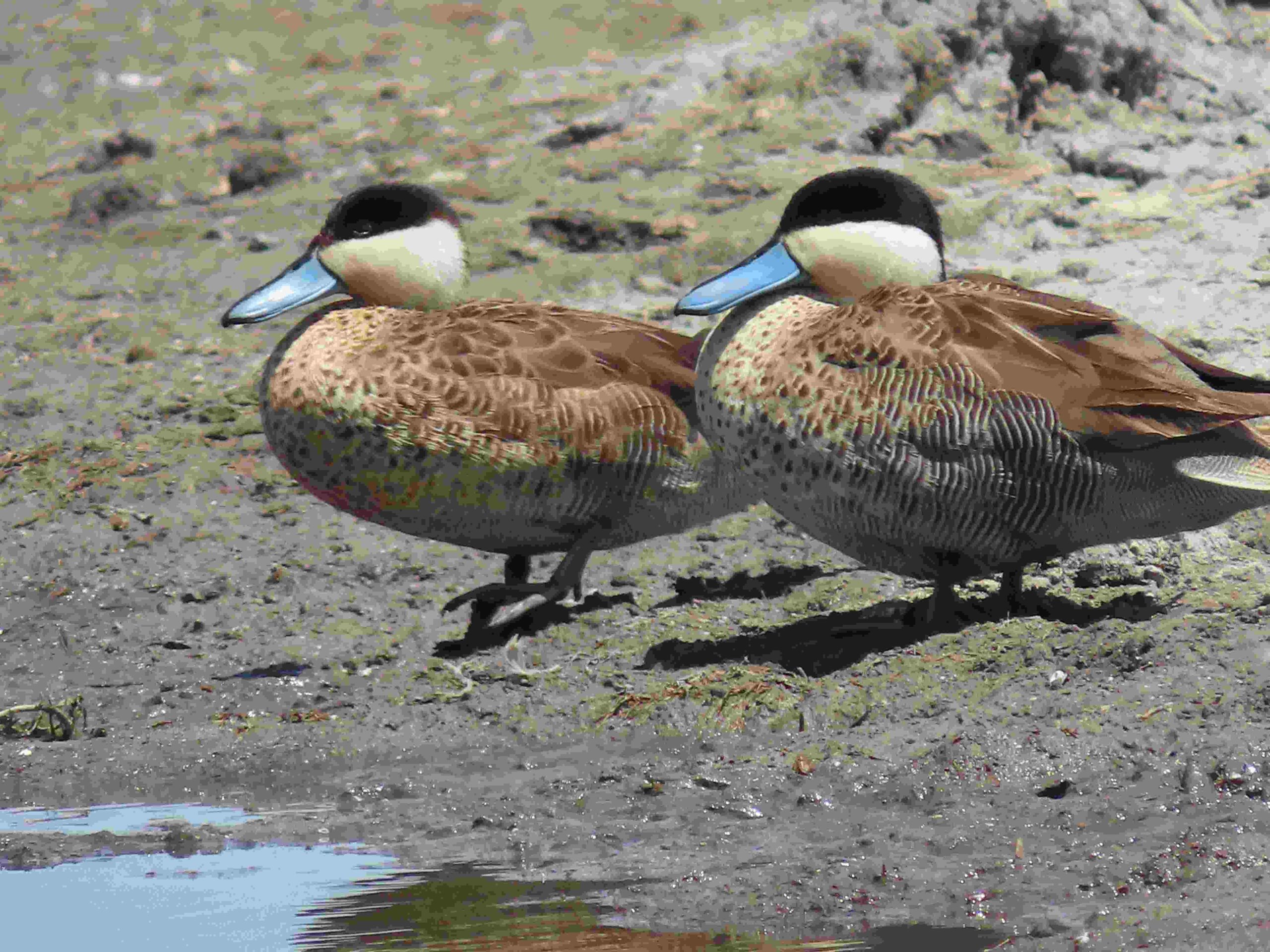 Lake Titicaca is located between Peru and Bolivia, its extension covers 8562 km², with a length of 178 km and a maximum width of 69 km. 1.3% of its extension is made up of the Anapia archipelago and the islands of Amantani, Taquile, Suasi, Soto (Peru) and Isla del Sol (Bolivia), among the most important. Lake Titicaca is recognized for being the highest navigable lake in the world at 3810 masl and presents up to 284 m. deep in Lake Mayor (Isla Soto).

Its most important tributaries are the Ramis, Coata, Ilave, Huancané (Peruvian side) and Suchez (Bolivia) rivers, three areas are distinguished: Puno Bay, the largest lake and the small lake or Huiñaimarca.

The presence of this great lake has allowed the development of infrequent flora and fauna at these altitudes, due to the fact that the middle and distant surroundings of the lake are made up of extensive plains covered by species such as ichu (stipa ichu), chillihua (festuca dolichophylla ) and near the yareta (azorella impacta) and tola (parastrephia lepidophylla) mountain range, which characterize the flora of the basin limits and the Collao plateau, surrounded by snow-capped mountains such as Kunurana and Allinqapaq.

Unlike the conditions of most of the highlands, in the vicinity of Titicaca you can see a more diverse flora and more benign conditions for the development of life.

As for fauna, the species that inhabit Titicaca and its surroundings are diverse, including frogs, native ictofauna, and a community of birds that is the most colorful group of organisms that inhabit the Lake.

The colors, appearance, behavior, and other qualities have allowed important synergy processes in birds, which has to do with nutrient cycling, reproductive cycles of different organisms, vegetation renewal, etc.

The bird species found in the lake present an unusual diversity for this altitude and latitude. The physical space of the lake, in terms of its dimensions, favors varied habitats and therefore the greatest possibility of finding bird species in greater diversity and number than in similar locations, but of smaller extension.

The shores of Titicaca present sandy beaches, muddy beaches, rocky beaches, cliffs. The very slope of the lake bed favors the existence of plant species, fish, microcrustaceans, insects, etc. They are modified according to the physical conditions of the environment. Thus, a number of 45 species of aquatic spaces and at least 68 species of terrestrial birds from habitats related to the lake have been registered.

Only one species, Rollandia microptera, known as the “Titicaca Grebe” is endemic to this lake and its immediate basin, it can also be seen in the Umayo and Arapa lagoons.

The catalog presents species of birds that inhabit the different habitats provided by Lake Titicaca and its immediate surroundings. The records were made in the Peruvian towns of Puno, Chucuito, Juli, Pomata, Yunguyo, Desaguadero, and moho, between the years 2001 and 2009.